Why go diving in Egypt?

It’s a cliché to say that there’s something for everyone but with Egypt, it’s true. You’d be hard pressed to find someone who wouldn’t be delighted by their choice of scuba diving vacation in Egypt.  From wrecks, reefs, walls, pinnacles, day trips, shore dives, and liveaboard itineraries, whatever your pleasure; it’s available – and if you travel with non-divers there’s plenty to do topside to keep everyone happy.


On the whole Egypt’s diving is in warm, stunningly clear, bright waters teeming with life. If you’re a beginner looking to enjoy a thriving reef in easy to manage conditions, there are some beautiful reefs ready for you to explore. More advanced divers can venture to deeper waters and enjoy the thrill of drift dives, wall dives, and some world-class wrecks.


Egypt is a mecca for technical diving too. The easy depths and water clarity lure divers to the big 100 and beyond. The conditions make the area popular for technical training as well as fun diving, and most areas can support both open and closed-circuit setups.

The best operators in: Egypt 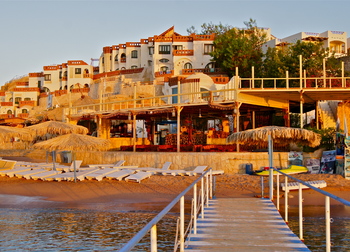 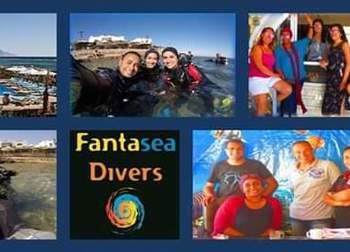 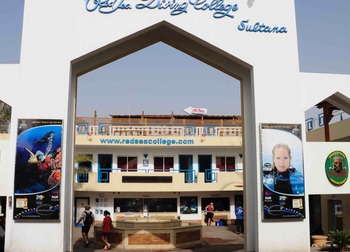 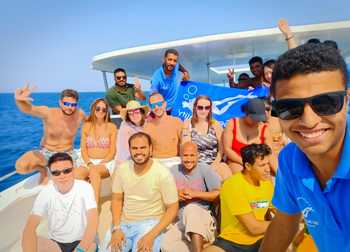 Be the first to review!Region: Hurghada

Be the first to review!Region: El Gouna


Diving in Alexandria is not Red Sea diving; dive here, and you’re diving in the Mediterranean Sea. The sites here are ancient ruins; think Cleopatra, pharaohs, and Sphinx. Alexandria’s diving is a historical exploration and not colorful reef discovery.


Dahab is the home of the infamous Blue Hole; the deep site that lures many divers to explore the archway’s depths. Most of Dahab’s diving is from the shore, and there are sites suitable for all. You can even dive via camel safari. Dahab itself has more of a laid-back vibe than other resort areas in Egypt.


Just north of Hurghada, El Gouna’s diving opportunities have some overlap with its neighbor. El Gouna, however, is closer to Abu Nuhas where wreck divers can revel at the wrecks of the Giannis D, Carnatic, and Chrisoula K. Further afield but still accessible; the wreck of the Rosalie Moller should not be missed. El Gouna is a modern tourist resort created around watersports facilities and is home to 18 hotels featuring some great Red Sea diving resorts.


Hurghada’s diving is perfect for newer divers, those learning, children and experienced divers who enjoy calm, clear and shallow dives. There are some more challenging dives, and the wrecks of the Thistlegorm and the Giannis D are reachable by day trip. Hurghada is also a popular Red Sea liveaboard departure point and a holiday hotspot for divers and non-divers alike.


Further south and much less hectic, Marsa Alam’s diving is a mix of shore and day trip diving departing from your resort.  Elphinstone trips run regularly, and manatees are known to snuffle around the shallower bays. Marsa Alam’s Port Ghalib is the departure point for liveaboard itineraries that include St Johns Reef, Daedalus, Fury Shoals, The Brothers, and Elphinstone.  Unlike Hurghada, Marsa Alam does not have a tourist-focused central town area; if you’re not diving, you’ll be relaxing in your resort.


Sharm El-Sheikh is the most popular diving destination in Egypt. Sharm El-Sheikh’s dive sites include walls, wrecks, and reefs; there are around 30 sites that are easily accessible. Day trips frequent Ras Mohamed National Park and the wrecks of the Thistlegorm and Dunraven. Dahab can be dived in a day trip via road too.


A great many Red Sea safari boats depart from Sharm El-Sheikh; there’s a huge variety of routes, boats, and prices too. A Red Sea liveaboard is the best way to pack a lot of diving into your holiday and see some of the best diving in Egypt.


Sharm El-Sheikh itself is busy tourist area; it has lots to do for non-divers and buzzes with activity day and night.


Safaga and Makadi Bay are neighboring diving areas offering a choice of reef and (somewhat controversial) wreck diving.  Shore dives are available, but most operators access sites by boat. The wreck of the Salem Express is what pulls many divers here. It’s often touted as one of the best wreck dives, but it sank carrying hundreds of pilgrims from Mecca. This loss of life is the cause for debate; should it be left alone or dived only with respect? Only you can decide.

Egypt is a year-round diving destination. June to October has the highest water temperature. August’s water temperature peaks at around 29°C (83 °F), June starts the push towards warmer temperatures with an average of around 24°C (78 °F), tailing off to around 23°C (72 °F) in December.  January to May mostly stay’s below 22°C (70 °F).
Topside temperatures are a similar story with the hottest months being June to October. Temperatures top 28°C (83 °F) in July and August, April turns up the heat nudging into 20°C (70 °F). November to April is cooler with temperatures dropping to 13°C (56 °F). During the cooler months, the post-dive windchill can be surprisingly cold, and it’s not unusual to see divers wearing dry suits even in the ‘shoulder’ season months. Understandably the cooler months are quieter, and you’ll notice some of Egypt’s liveaboard routes stop operating.

Cost of diving in Egypt

A two-dive day trip will cost about US$70, book five days and you can expect to pay around US$275.


With liveaboard holidays the difference in cost is caused by the space, facilities, and services onboard. The vessels with the larger cabins, on-deck Jacuzzis, and fine dining cost more than single decked vessels with buffet meals and cozier cabins. Expect to pay anywhere from US$800 up to US$1400.

The sheer abundance of marine life is exhilarating; reef life bustles like a rush hour. Clouds of fish vibrate around colorful corals, and predators stalk the periphery. Over 800 species of fish inhabit Egypt’s reefs making Red Sea scuba diving some of the most diverse you’ll encounter. Grey, white and black tip reef sharks, oceanic whitetips, hammerheads, tigers and thresher sharks can also be encountered, and even whale sharks cruise through.
Blue-spotted stingrays, moray eels, and scorpion fish litter the reefs and crocodile fish lie in wait. There are plenty of lionfish around, and you can see these hunting at night. Another night dive favorite is the impossibly fluid Spanish dancer. Critter and nudibranch hunters will love the variety of species on show.


Manatees and dolphins also make Egypt their home and, although you need a bit of luck to see a manatee, you’d have to have your eyes closed not to see a dolphin or six!
Booking.com
© Copyright Surface Interval